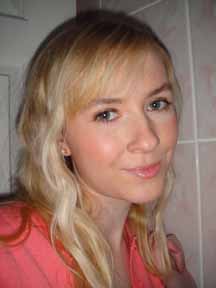 Heidi Yvonne Taylor Born UK 1988
I was educated at Brighton and Hove High School for Girls which is part of the Girls Day School Trust. Having spent 2 years at Brighton and Hove City College, I successfully achieved a BTEC National Diploma in Photography and left with 2 Distinctions and a Merit.

After studying for one year on a BA (Hons) Degree at Brighton University. I felt that I would benefit from a transfer to a London University. I spent my final two years studying at the University of East London and have now graduated with a BA (HONS) in Photography.

The image on the back cover of my book entitled ‘Cuckmere Haven East Sussex England’ was selected as one of the finalists for the SPA 2009 Exhibition and was chosen by a panel of judges as the overall winner in the Landscape and Interiors category. I was invited to hang it in the DegreeArt gallery in London and some of my images can now be found on the DegreeArt.com website.

This year BBC South East Today invited people to submit an image that was important to them to be considered for inclusion in The Peoples' Monarch Mosaic. Luckily my self portrait was chosen and used twice in the creation of the Queens face.

My favourite photographer of all time is Ansel Adams and I take inspiration from his work.